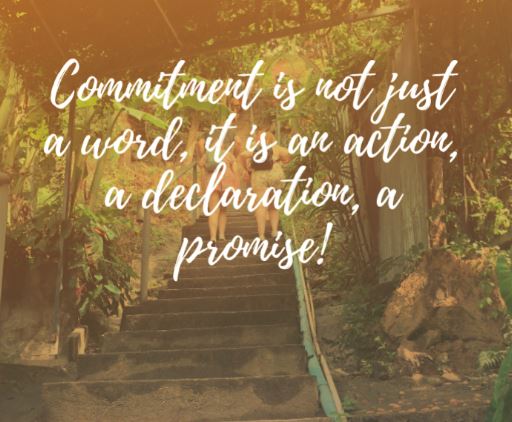 Well let’s look at some of the possibilities that people try:

The list can go on and on, there are lots of great ways that people try to make the fear go away so they can take the plane ride, speak in front of the group or make a marriage work.

Have you ever seen someone try to pick up a marker?  Really think about this!  Either you pick up the marker or you don’t.  There is no in between.   If you put your hand on the marker, as if you are trying to pick it up, it’s still not up.  You either pick it up or you don’t.  Go ahead and do it, you’ll see! The point I’m making here is that when we say “I’ll try”, we really don’t have to do anything.  It’s a built in excuse for not reaching the results we say we want.  I

In regards to making fear go away, most of the time fear doesn’t go away completely.  Fear is a gift. It’s an innate signaling system that makes us pay attention. Yeah sure, sometimes things get mixed up during our life and we become fearful of things that most people aren’t afraid of, but it’s still a signal. It’s telling us we need to do something.  You’ve probably heard of fight or flight, the signal we get when we know there is danger in sight, like a lion or a cliff nearby. It helps us to decide whether to stick around and fight it out or get the heck out of there.

What if we don’t need to make the fear go away?  What if the fear was there but we chose to focus in another direction?  What could we accomplish then?

The definition of commitment; an agreement or pledge to do something in the future

When we commit to something; a trip, a speaking engagement, a relationship, we make an agreement to see it through.  It’s different than wanting to do something, it’s a decision, a declaration.  Webster’s Dictionary synonyms list adhesion or allegiance as a similarity.  It’s much more than wanting or trying. It’s doing!! It’s also giving up other options until this commitment is seen to fruition.

Our focus needs to be in our commitment to our results more than anything.  I can examine my past traumas of rejection six ways to Sunday and still not commit to speaking in front of a group.  I can also attend a marriage workshop, go to couples counseling and never commit to my marriage.   It’s up to me to decide what I am committed to.

So when you’re “trying to decide” what to do, Decide What to Do!  Let fear motivate you to take action.  Maybe you need to re-evaluate what you value in a person, maybe you need to put more hours in preparing your speech, maybe you need prepare yourself with positive affirmations and herbs before your flight.  Figure out what the fear is asking you to pay attention to and pay attention!  Then commit!

Decide what you are committed to and do!!